Clincher vs Tubeless vs Tubular 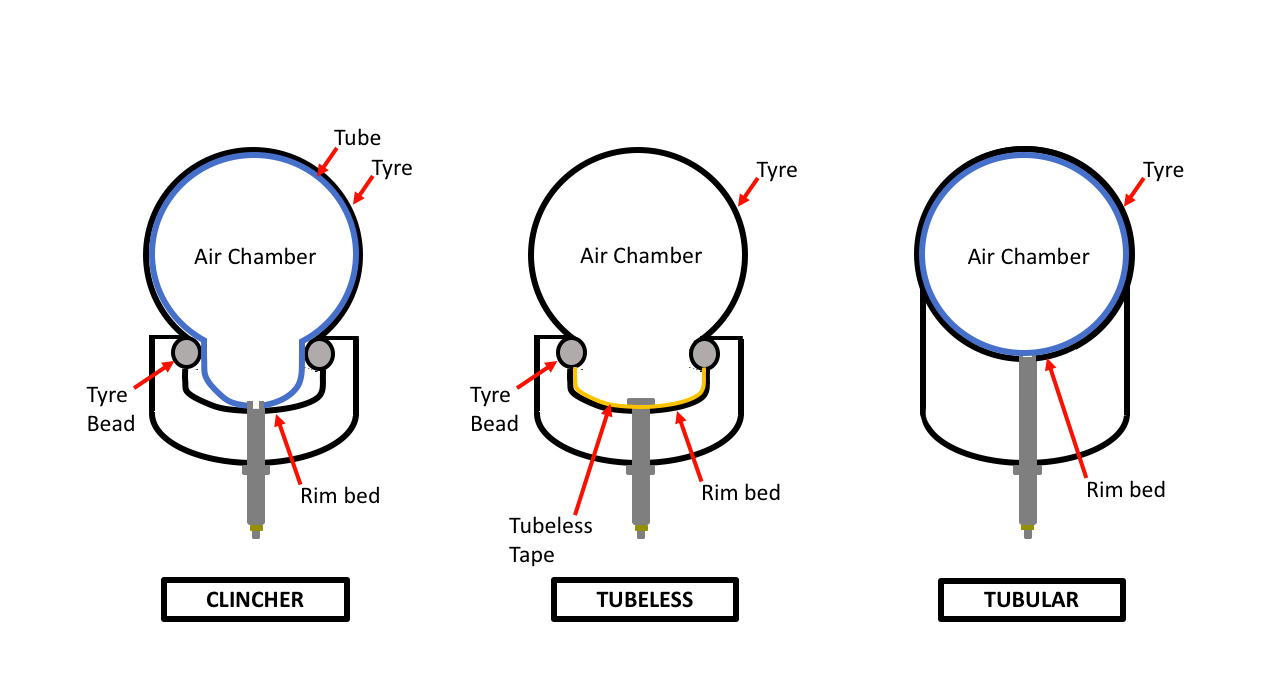 When it comes to putting air in your tyres, there are three common systems used on a bike: Clincher, Tubeless or Tubular. But what’s the difference?

The two most similar systems are the Clincher (Tyre and Tube) and Tubeless system. Both of these have a rim which feature rim hooks on either side of the rim for the tyre beads to sit in creating a secure seat for the tyre. To keep air inside a clincher system, a tube has to be fitted inside the tyre which fills the tyre and rim bed. However, in a tubeless system there is no tube used to retain air inside the tyre. Instead, an airtight tubeless specific tape is fitted on the rim bed creating an airtight seal between the tyre and rim. A specific tubeless value is pre-installed on the rim to allow for inflation/deflation.

So instead of a tube holding the air, the tyre and rim tape in a tubeless system takes care of this duty. It is important to note that a clincher tyre is able to be fitted to a tubeless rim, even with the tubeless tape. But this is not always a two-way benefit. While all HUNT rims are tubeless and clincher/tube compatible, some manufacturers' rims are strictly only able to be used as a clincher/tube set-up.

Now for the Tubular. What makes a Tubular different is that in Layman’s terms, the tube, tyre and value are essentially sewn in together creating an entire unit. This means that for the tubular tyre to be fitted to the rim, no rim hooks or tyre beads are needed as it is one single, closed system. Consequently, the shape of a tubular rim bed is relatively flat, with only a slight rise in the profile on either side of the rim.

Did you find it helpful? Yes No

Send feedback
Sorry we couldn't be helpful. Help us improve this article with your feedback.